RGS Europa: the Italian leader in the moulding of Baydur® structural polyurethane for the past 30 years

New vision – 1993: Mr Raugei becomes a shareholder of the Company and the Company expands its reach to the electromedical sector.

Expansion – 1995: Mr Raugei acquires 100% of the Company. The Company is among the first in Italy to introduce Baydur®110, a new material that enables the Company to move into new sectors and significantly increase sales.

Acquisition – 2000: Mr Raugei acquires a second company specialized in structural polyurethane moulding with resin moulds. This new business provides a further competitive edge that enables the group to expand and differentiate its offering.

New brans – 2006: A continuously evolving business and an international vision lead to the merging of the two companies and the creation of RGS Europa.

New frontier – 2013: RGS Europa introduces, for the first time in Italy, Baydur®, an innovative formula certified for foodstuff application, opening a new frontier in the use of polyurethane.

RGS Group – 2015: RGS Europa creates a network of selected businesses that are specialized in parallel sectors and complementary to structural polyurethane, in an effort to offer clients a turnkey finished product.

Empowerment -2019: RGS Europa has approved plans to install an additional production line in the new business area that will increase production capacity by roughly 25%.

Future: The Company is already planning further uses for its organizational structure and is working to introduce new technologies and offer increasingly full-range, precise, innovative, and high-performance services. 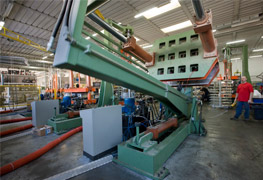 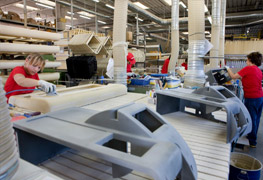 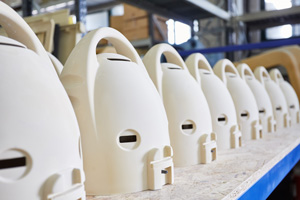 RGS Group, a network of selected and specialized companies in parallel and complementary fields to the world of structural polyurethane that can offer the customer a finished turnkey product.
Right from the design, we can help companies and designer studios in the first and delicate phase, contributing with our experience and our sector specialization to define (co-design) complete projects both from the point of view of the design and from the point of view of engineering.

We use cookies to ensure that we give you the best experience on our website. If you continue to use this site we will assume that you are happy with it.OkNoPrivacy policy
Revoke cookies